Create a Jigsaw Puzzle Out of a Loved One’s Photo 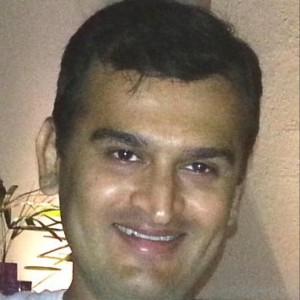 I Love You to Pieces. Literally.

Sometimes, a problem at first glance may seem very difficult. But very often, when you stop to think about it, you may find that the solution was right there, in front of your eyes. This post is a story about a seemingly difficult issue which later on, turned out to be a breeze to resolve.

Tarak Parik is a very close friend of mine. And the one thing my close friends are good for is making life difficult for me. Tarak’s son Parth was studying to be an engineer. Now Parth is a bit of a puzzlehead. Also his 15th birthday was approaching in a couple of weeks. And Tarak wanted me to make him some kind of a personalised puzzle.

He kept insisting that Parth be given a novel gift that’s not easily available and would treasure for years to come. I told him that he should get his son the latest MacBook Pro, to which he politely suggested that I go boil my head.

Scientists Come Up With the Theories. But Engineers Make Them Work.

Tarak’s request for a personalised puzzle did have a precedent at Orchid Digitals. We had previously personalized Rubik’s Cubes bearing photographs of loved ones. In fact, I had already printed one such cube for his daughter. Tarak now wanted something similar for his son. We kept going back and forth on proposals for a unique gift and finally hit upon a pretty cool idea.

We thought of creating a jigsaw puzzle with Parth’s photo on it. But cool ideas have a problem. While they are great to brainstorm about, somebody has to do the actual grunt work. And in this case yours truly would become the grunt while my friend would get all the credit.

The Challenges In Creating A Single Custom Printed Jigsaw Toy

Creating a personalized jigsaw puzzle involved too much effort in my opinion. While the concept was pretty novel I would have to jump through a lot of hoops to make it happen. To begin with, Parth’s photo needed to be printed on a sticker sheet. This photo would then have to be pasted on a rigid material like acrylic or sunboard.

Next I would need to download a template for a jigsaw puzzle from the internet. The rigid sheet would then have to be cut into small, individual jigsaw pieces using the lines in the template as a guide. Moreover, this cutting could not be done by hand. To get a proper finish and to ensure that the individual pieces of the puzzle fit into each other perfectly, the cutting would have to happen on our laser machine.

So to create a 12 inch puzzle I would have to process the job through three different machines. A vinyl printer, a pasting machine and a laser cutter. Life’s too short, I told my friend. And while I loved his son like mine own, there was no way I was going to put in the required 2 – 3 days of hard work to see this project through.

Of Canines And Avians

At this point I need to tell you a little bit more about my friend. He is a lot like a dog with a bone. Once he catches hold of an idea, he just won’t let go. A week went by. And like our friends from the family canidae, Tarak kept chewing my ear about this job.

I too promptly did my part. I kept procrastinating. I also used the ostrich’s time tested method of resolving a persistent problem. I buried my head in the sand and hoped it went away.

Finally after about a fortnight, Tarak plonked himself on a chair in my office. His nostrils were flared and I could see faint wisps of smoke coming out of his ears. I now knew that there was no turning this guy back. And if I wanted to go home for dinner, I had only two choices left…

The Molehill Beneath the Mountain

Tarak placed a box in front of me. It contained a standard jigsaw puzzle he had purchased from a nearby toy store. He asked me if I could directly over print his son’s image on the existing toy instead of creating a jigsaw puzzle from scratch. And that’s when the penny dropped!

Jigsaw puzzles are made out of flat pieces of pre cut cardboard. Now, at Orchid Digitals, we have a UV flatbed printer. And this machine can directly print on objects which have a flat surface. All I had to do was take Parth’s photograph, resize it to the size of the existing jigsaw puzzle and push it in my machine. Pasting and cutting was no longer needed because we were just going to overprint an existing, pre-cut puzzle.

The puzzle had a photo of the Taj Mahal on the front. So we printed Parth’s photo on the reverse side. The puzzle could now be played from both the sides. Depending on his fancy Parth could recreate his face or the Taj Mahal. The end effect was pretty neat as you can see from the images posted here.

We humans very often tend to overthink problems while a simple solution lies right beneath our nose. This project took 15 days of back and forth deliberations. While the actual execution happened in 15 minutes flat, And oh yeah, in case you are wondering this story does have a happy ending.

In addition to our personalised puzzle, Parth also got his MacBook Pro.

Well, for my efforts, I got paid in the form of a tepid cup of masala chai :-). On a more serious note, a personalized jigsaw puzzle bearing an image of your loved one is a great gifting idea. But unfortunately we don’t provide many gifting solutions at Orchid Digitals. We mainly lean towards commercial printing jobs and custom toys do not really figure in our rate cards.

But if I were to guess, this project cannot cost more than a few hundred rupees.

Every so often I come across some pretty interesting and off beat projects that are generated off our machines. This custom printed jigsaw puzzle was a simple yet novel idea. And hence I feel that it merits a mention in our interesting projects section.

Finally Dear Reader, let me remind you that I absolutely love to hear from you. Do let me know what you think about this project. Share your own ideas about gift customisation. Or post your thoughts in the comments section below. Bye for now.

Mitesh lives, mostly for Saturdays. But when forced to work, you'll find him heading Orchid Digitals - a printing press in Pune. If its an emergency, try looking for him in the hills behind his house. He'll almost certainly be under a tree, with a book in hand.

This site uses Akismet to reduce spam. Learn how your comment data is processed.